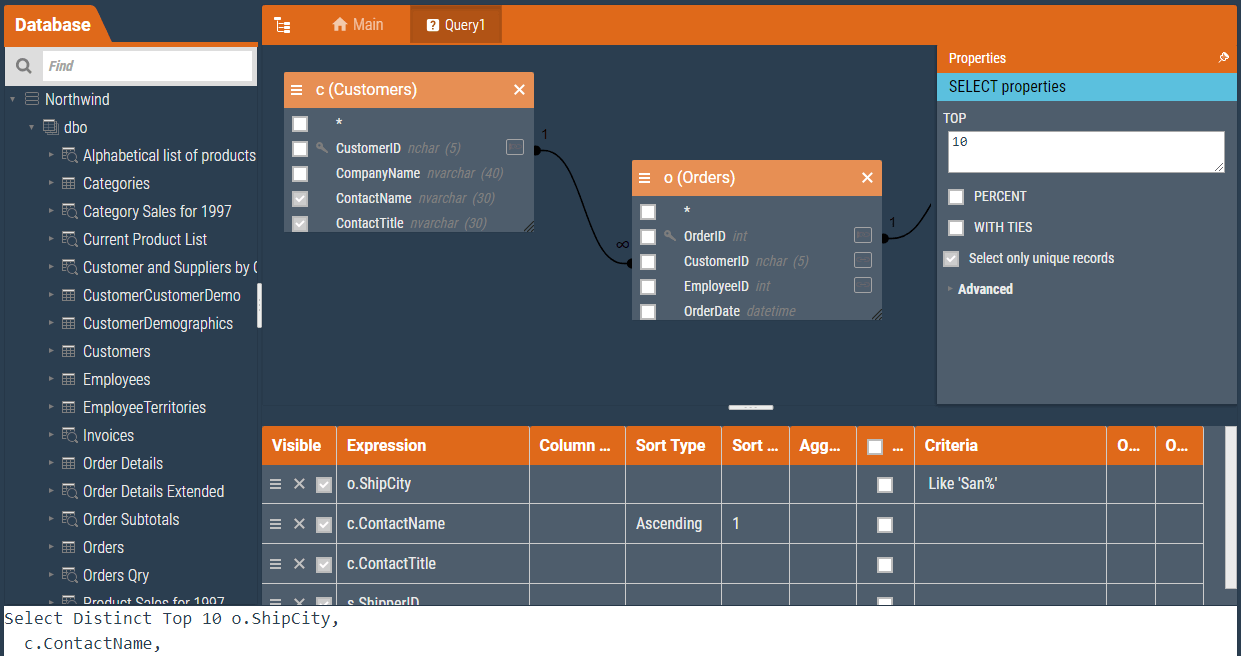 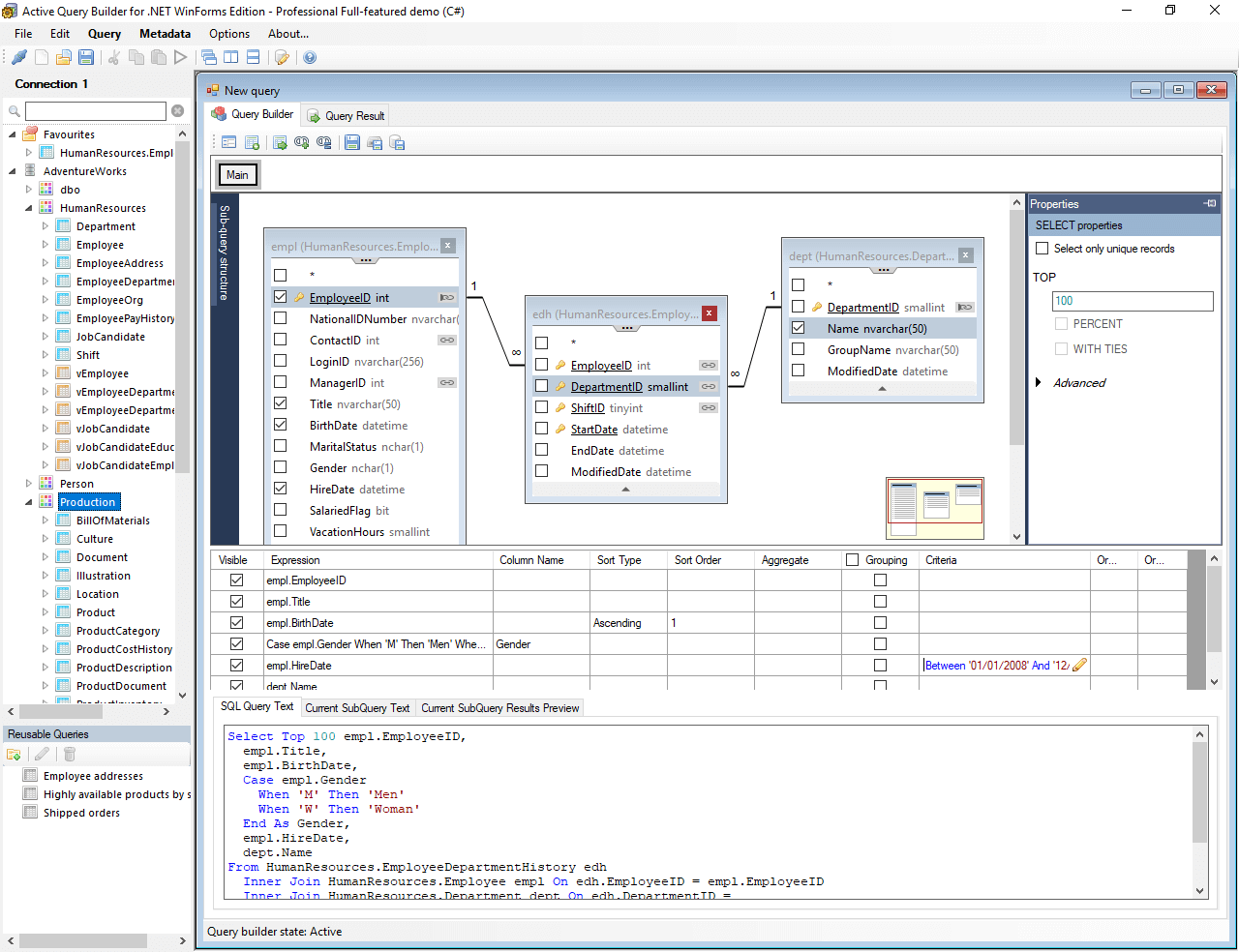 Much faster visual and programming SQL query building in the new major version!
Find out how things will change in Active Query Builder for .NET 4.0. 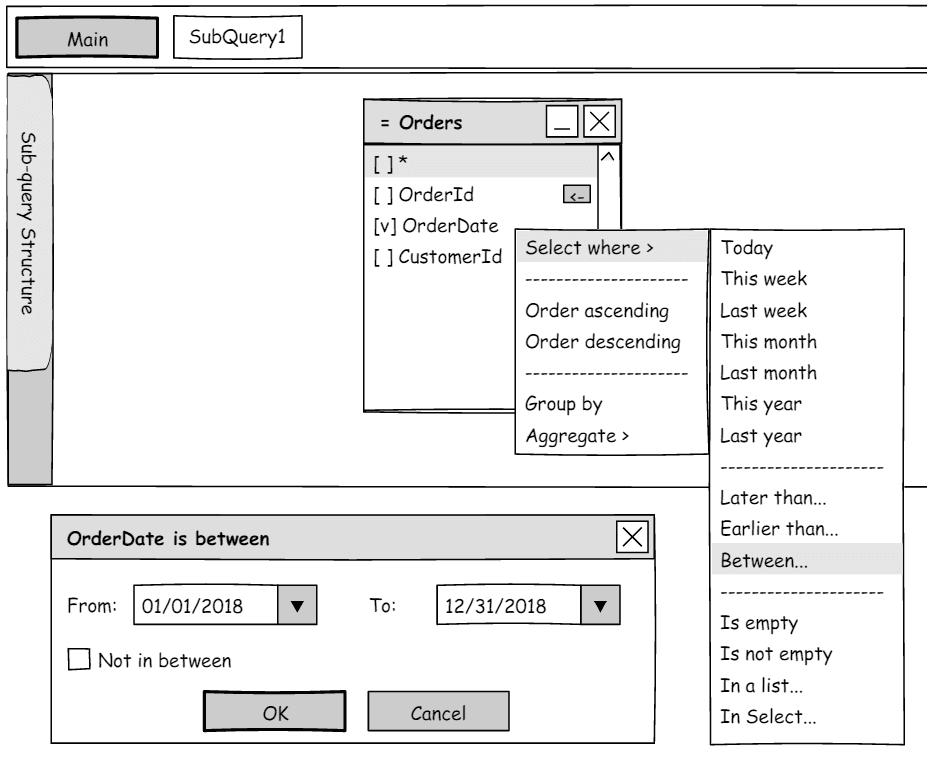 Active Query Builder ASP.NET Edition 3.2 lets build cross-domain apps and use it in a Docker container.
Demo projects for AngularJS, React, WebPack and Electron are included in the installation package.

Active Query Builder ASP.NET Edition 3.1 improves the API of the new major version.
The ability to edit the text of sub-queries separately from the entire query has been made. Usage of the ASP.NET session mechanism is no longer mandatory.

How can we help users build queries easier?
We've realized that we haven't done much to help ordinary users build ordinary queries faster, and we hope that it's not too late to fill this gap.

Our plans for Active Query Builder
Our main goal is to give the user an opportunity to think about the data he needs to get with the query.

We have been using Active Query Builder for over a year and must say that both the product and support have been outstanding!

We chose Active Query Builder due to its flexibility and features, but have been truly pleased by its power and hidden capabilities. ...

In summary Active Query Builder provides excellent components, great support and a very flexible feature set. It has allowed us to provide features to our end users that I did not think would be possible in the first release of our new tools and in a timeframe that was much shorter than planned. I would recommend that anyone dealing with databases in the .Net world should be aware of this component and its capabilities!

Joel Tesdall
Rating: 5 out of 5